Texas residents have likely read news related to an adoption child custody dispute over a three-year-old child. The case over a little girl named Veronica has gained national attention and raised concerns amongst Native Americans who oppose children of Native American decent being adopted by parents of other races.

The biological father, who is part Native American and a member of the Cherokee Nation, argued that because the girl is 3/256ths Cherokee, his custodial rights as her father are protected under the Indian Child Welfare Act of 1978.

The case went all the way to the U.S. Supreme Court which recently ruled that the Welfare Act does not apply in this case. As such, the court ruled that custody of Veronica be awarded to the girl’s adoptive parents. Currently, however, the girl’s adoptive father has not turned over the girl who is living with relatives on Cherokee tribal land.

This case is unique in that it deals with a Native American child. All adoptions, however, have the potential for legal problems when a biological mother or father attempts to assert their rights. When these types of legal conflicts arise, it’s important to have the support and help of a legal professional who has experience handling adoption matters. 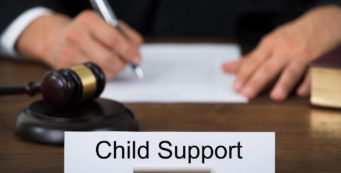