You are here: Home / Blog / Divorce / Divorce Mistakes That Can Cost You

Some couples think they can do their own divorce without lawyers. This is called a pro se divorce, which means the party represents themselves. Often, they later discover they have made a costly mistake, particularly if there are children involved, there are un-divided assets or they had retirement benefits. For those people with uncomplicated property or no children, pro se divorce can work, but for the vast majority of other clients, the cost of having lawyers fix what’s wrong can be more expensive than if they had had the expertise of lawyers helping them during their divorce. And sadly, some errors or omissions cannot be fixed after the fact.

Even if an asset is in one person’s name, such as retirement benefits, if the property was acquired during the marriage, it is presumed by law to be community property. At the time of the divorce, people who are pro se often choose the easiest option in the online or law library forms, which is that everything in a spouse’s name goes to that spouse.  This can be a catastrophic mistake that results in the spouse whose name is not on a bank account, retirement account or investment losing all their ownership interest in those assets. The spouse whose name is not on certain assets does not realize that agreeing to this general language in a decree means they don’t get any share of the asset not in their name. And the even more disturbing revelation is that once a decree is entered, a court cannot modify it after 30 days, If an asset was completely left out, it may be able to be divided upon filing a new lawsuit, but it is an expensive proposition.

Often, one spouse has a better credit rating than the other. The couple decides that the spouse with better credit should apply for a mortgage, credit card, or other loan for their mutual benefit, but only under the one spouse’s name. This means they may get a better interest rate, but sometimes when a mortgage is acquired this way, the deed to the home only names the spouse who obtained the loan as the owner.  If the home was purchased during the marriage, it is presumed to be community property. Such questions as these are where pro se clients sometimes get tripped up and one benefits while the other loses their ownership interest in an asset. A lawyer or lawyers can help clients understand these issues so that one party does not unfairly lose out.

Even if the divorce decree orders one spouse not to use a credit card, and orders the other one to pay the bill, problems can occur. If the credit card is in the name of both spouses, and the spouse ordered by the court to pay the card doesn’t pay, the credit card company will come after the one whose name is on the account. The best approach may be to close the account and have the court order how the debt will be paid, including considering options such as selling property to pay the debt or transferring some or all of the balances into separate cards in each party’s name so that if one doesn’t pay the bill the other will not suffer for the poor financial planning.

Even if the spouses seem to be getting along, it is required to have child support paid through the State Disbursement Unit in San Antonio instead of directly to the receiving spouse. The child support can be withheld from the paying party’s wages, sent through the State Disbursement Unit and electronically transferred to the receiving spouse soon after it is withheld from the paying party’s paycheck. This provides protection for both the paying spouse and the receiving party who will have proof of payment or nonpayment if an issue later arises. 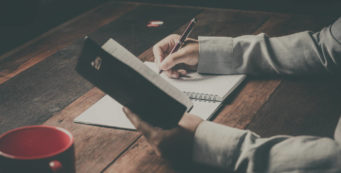 Are you fresh out of a divorce and glad to be done with the lengthy process? Don’t exhale just yet. … END_OF_DOCUMENT_TOKEN_TO_BE_REPLACED